Moneris represented at the 32nd National Congress of Hospitality and Tourism 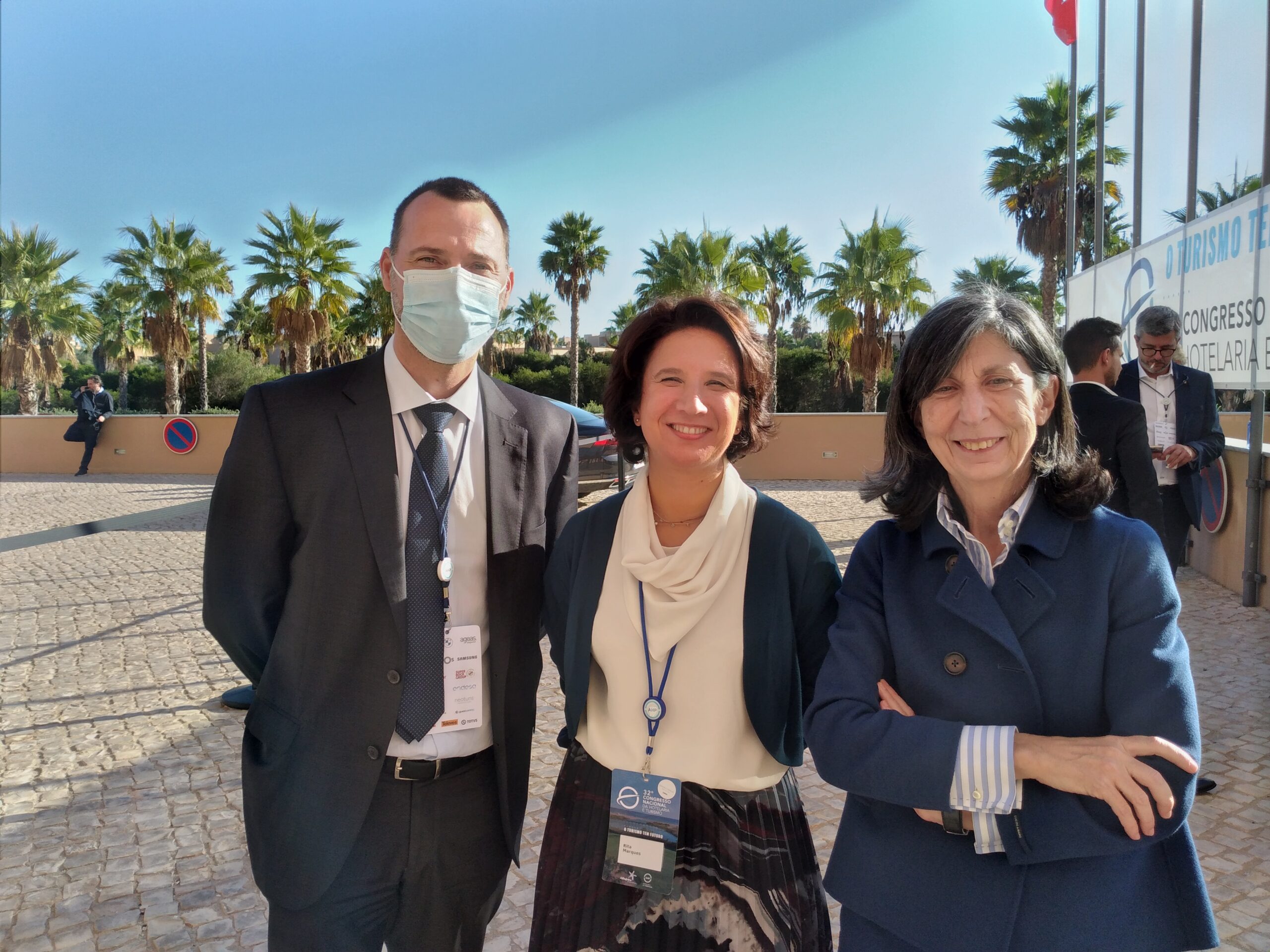 Carlos Rosa, Partner and Coordinator of the Tourism Skills Center, was present at the 32nd National Congress of Hospitality and Tourism that took place on November 11 and 12 at the NAU Salgados Palace development, in the municipality of Albufeira.

This year’s congress, which had a record audience of about 600 registered, was subordinated to the theme “Tourism has the Future” and its program was based on several current ca ́pitulos such as “The importance of air accessibility in the recovery of tourism in Portugal”, “Financing hotel companies”, “Human Capital”, “Digitization of hotel companies” and “Business sustainability and corporate responsibility”.

It was over the course of two days a retrospective was made to the sector; economic indicators and challenges at the time of the pre-pandemic. It was found that the sector is currently experiencing the same issues and challenges, namely the scarcity and professionalisation of the workforce, the need for infrastructure, the sustainability and the emergence of a new airport in Lisbon; however, currently the approach and perspectives are completely different.

Portugal continues, internationally, well positioned as a tourist destination. At the moment our country is capturing and gaining strong attractiveness for investment from external capital, especially in investment in hospitality.

In the last session of the congress, to highlight the strong political presence was where was attended the Mayor of Albufeira, José Carlos Rolo, used the floor the Executive Vice President of AHP, Cristina Siza Vieira, the President of AHP, Raul Martins, the Secretary of State for Tourism, Rita Marques, Mr. Minister of State and Economy Dr. Pedro Siza Vieira.

The President of the Republic presided over the closing session of the 32nd National Congress of Hospitality and Tourism, and President Marcelo Rebelo de Sousa, with his speech, closed the same.