The new telework regime. Learn about the changes to the Labor Code. 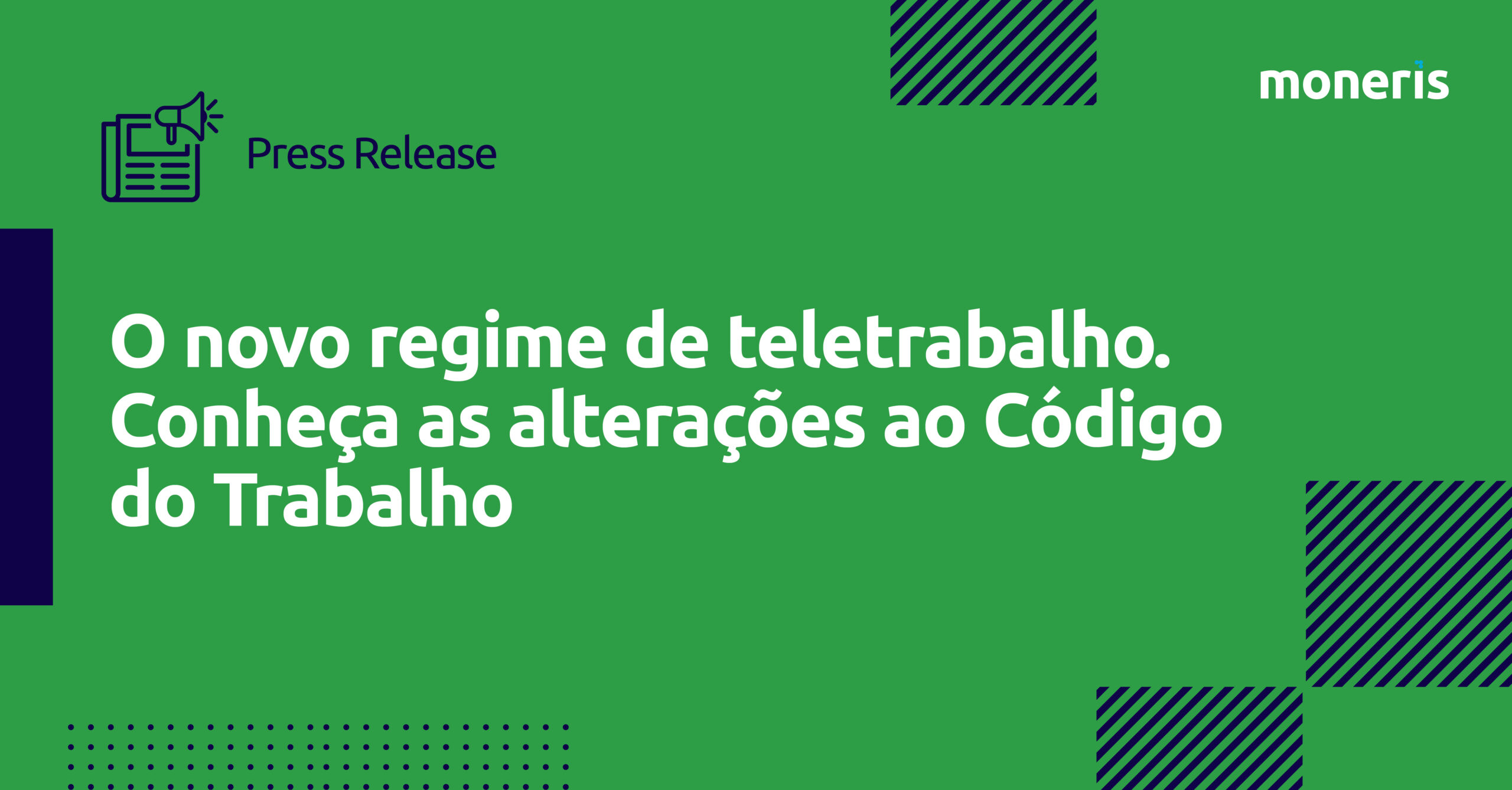 The new telework regime, approved at the beginning of December last and with direct application since January 1, 2022, arises from the need to configure the forms of distance work, now adopted on a large scale, due to the restrictions dictated by the Covid-19, but which is expected as a growing work modality even in normal situations.

Law No. 83/2021,which changed the Labour Code, clarifies the framework of telework with regard to its definition, content, rights and duties of the employer and employee, as well as the expenses to be considered in the application of this regime.

Moneris Knowledge Centers summarize in this Newsflash the most relevant points of this new teleworking regime.

What is meant by telework?

Teleworking is considered to be the provision of work under the legal subordination of the worker to an employer, in a place not determined by the employee, through the use of information and communication technologies.
Some of the provisions of this scheme apply to workers who, although not legally subordinate, are economically dependent.

Yes.
The implementation of the teleworking regime always depends on a written agreement, which may appear on the initial employment contract or other autonomous document.

The teleworking agreement shall define and contain:

Does the teleworking proposal always have to be accepted?

No.
If the proposal for a teleworking agreement departs from the employer, the worker’s opposition must not be substantiated and the refusal cannot constitute a cause of dismissal or grounds for the imposition of any sanction, including dismissal.

If the offer is from the worker, the employer may be owe so, provided that he does so in writing and in a reasoned manner.

However, there are some requests to which the employer cannot be oused, in particular those made by:

Are there limits to the provision of teleworking work?

The teleworking agreement may be concluded of a determined or indeterminate duration.

By ceasing the agreement, the worker has the right to resume face-to-face activity, without prejudice to any other rights recognized to face-to-face workers with identical functions and working time.

In the telework agreement it must be established who will acquire the equipment and systems necessary to perform the work and the interaction between worker and employer, but it is the responsibility of the company to guarantee them.

The additional expenses proven by the worker, by the provision of work in telework, which include the increase in costs with energy, internet and maintenance, must be paid by the employer.

Additional expenses are those corresponding to the acquisition of goods and/or services which the worker did not have before the conclusion of the teleworking agreement, as well as those determined by comparison with the worker’s expenses in the same month of the last year preceding the application of that agreement.

For tax purposes, these expenses are considered as costs of the employer and not as income of the worker.

In terms of privacy, it is expressly prohibited the capture and use of image, sound, writing and history, and the control of work is done through equipment and communication systems and information related to the worker’s activity, followed procedures that he knows and that are compatible with respect for privacy.

It is also established that any visit of the employer to the place of telework requires a notice at least 24 hours in advance, as well as the agreement of the worker.

Limits on contact with the worker are also established. Having approved the duty of abstention of contact by the employer to the worker who is in a period of rest, except in situations of force-greater force. This duty of non-contact applies in relations with face-to-face workers and in teleworking.

How can Moneris help?

Moneris Knowledge Centres, in particular the Technical Tax and Labour Committees, as well as their specialised consultants, may help clarify these changes to the Labour Code, in particular in the impacts they may have on your company, both on the formal employee-employer relationship, the operationalisation of teleworking agreements and the tax treatment inherent in the expenses arising from the teleworking agreement.

Our consultants are prepared to accompany your company in the adoption of a telework model or a hybrid working model, which require an integrated management approach between the financial, operational, legal and human resources areas.

Contact your Moneris manager or use the usual media: bdevelopment@moneris.pt | 210 316 400.